Below we will discuss the current tax proposals that are being debated in Washington. Wade Financial Advisory will be evaluating the final enacted legislation to advise on its impact on our clients.

September saw the release of the Democrats’ full tax proposal, which details their plan to pay for expanding access to paid family leave, education, and healthcare, as well as efforts to combat climate change. The proposal is expected to provide more than $2 trillion in new revenue over the next ten years, mostly from high-income households and companies, and negotiations are currently underway.

Details of the Biden Tax Plan

Included in the tax proposal is nearly $1 trillion in tax increases on high-income households and an additional $1 trillion on U.S. corporations. It also includes measures for increased tax enforcement, which could generate $120 billion, alongside $700 billion from changes to drug-pricing policy. Democrats are operating under the assumption that this legislation would spur economic growth, too, perhaps generating as much as $600 billion in additional revenue.

The proposal provides details on how President Biden and congressional Democrats intend to pay for an agenda of new spending and tax cuts with a price tag of approximately $3.5 trillion. Below we will review the key items from the proposal, as released by the House Ways and Means Committee.

As long expected based on the President’s past comments, the proposal includes a series of tax increases for high-income households. The basic top income tax rate is currently 37% and it would be increased to 39.6%. That top bracket would start at $400,000 for individuals and $450,000 for married couples. It is worth noting that these thresholds are actually lower than what the Biden administration has proposed.

The plan also impacts individuals and married couples with an adjusted gross income above $5 million, by proposing a 3-percentage-point surtax.

Unsurprisingly, the Democrats’ proposal also calls for an increase in the long-term capital gains and dividends rate, up 5% from the current rate of 20% to 25%. However, it does not include the Biden administration’s proposed structural changes, which would have also imposed taxes on unrealized gains at death, because it drew opposition from rural Democrats.

Under the proposal, the new top rate on capital gains could be as high as 31.8% when combined with the surtax and an existing 3.8% investment income tax.

The proposal would limit a few estate-planning techniques, including some specific uses of grantor trusts and asset transfers with discounted values. Further, increases in the estate tax exemption that are currently set to expire after 2025 would instead end on December 31 of this year.

There are also proposed changes for high-income individuals with tax-preferred retirement accounts totaling $10 million or more. These individuals would no longer be permitted to contribute to those accounts, and they would face higher mandatory distributions once the account balances reach that threshold. This provision would apply once an individual’s taxable income exceeds $400,000 or once a married couple’s income exceeds $450,000.

One provision in the plan would be retroactive to December 2016: the proposal would limit deductions for certain land-rights donations referred to as conservation easements.

The proposed legislation would delay a tax increase slated to begin next year that would negatively impact companies with significant research expenses. It would also reward local newspapers with a payroll tax credit for employing journalists.

Negotiation continues over the SALT – the State and Local Tax Deduction – which was capped at $10,000 in the 2017 tax law changes. Democrats from high-tax states, such as New York and New Jersey, are pushing for the limit to be repealed.

Last week, the House Ways and Means Committee also announced details of significant tax cuts in the proposal. These include various renewable energy tax breaks, as well as an extension of the expanded child tax credit through 2025.

The Democrats’ tax plan seeks to replace the flat corporate tax rate with a graduated rate structure. Though President Biden has proposed raising the corporate tax rate from 21% to 28%, the proposal offers a more modest increase to 26.5%. Smaller corporations would fall under tax brackets with lower rates. Businesses would face an 18% tax rate on income up to $400,000, then 21% on income up to $5 million. Any business income above that level would be taxed at the maximum rate of 26.5%.

Additionally, the Democrats’ proposal also seeks to pare back an existing tax break for companies that pay their taxes on the owners’ individual tax returns. This means that some companies, like partnerships and S corporations, would see caps on a deduction they’ve enjoyed since the 2017 tax law changes. In specific, the deduction would be limited to $500,000 for joint filers, $400,000 for individual filers, and $250,000 for a married individual filing a separate return. In line with the administration’s stated plans, the proposal also seeks to impose a tax of 3.8% on those entities – known as pass-through businesses. Under current law, a tax at that rate is applied to the wages of high-income individuals, but active business profits have remained exempt. The proposal also applies new limits on interest deductions for companies.

The proposed plan would also mean higher taxes on foreign income. Though the administration sought an increase in the minimum tax from 10.5% to 21%, the Democrats’ plan finds a middle ground and seeks an increase to 16.6%. To offset the impact of the higher minimum tax, the proposal also allows companies to use more of their foreign tax credits.

The committee is expected to vote on the tax proposals in the coming weeks. It’s important to remember that these recommendations may never become law in their proposed form. The Senate will likely have its own version of the reconciliation bill and the Biden administration has already begun to weigh in. The recommendations by the House Ways and Means Committee have simply laid the groundwork for possible tax reforms to be aware of as the legislative process moves forward.

PrevPreviousConsiderations for Passing an Inheritance to Your Children
NextFive Benefits of RSUs: Understanding the Nuances of Restricted StockNext

This communication contains the opinions of Wade Financial Advisory, Inc. about the securities, investments and/or economic subjects discussed as of the date set forth herein. This communication is intended for information purposes only and does not recommend or solicit the purchase or sale of specific securities or investment services. Readers should not infer or assume that any securities, sectors or markets described were or will be profitable or are appropriate to meet the objectives, situation or needs of a particular individual or family, as the implementation of any financial strategy should only be made after consultation with your attorney, tax advisor and investment advisor. All material presented is compiled from sources believed to be reliable, but accuracy or completeness cannot be guaranteed. PAST PERFORMANCE DOES NOT GUARANTEE FUTURE RESULTS. INVESTMENTS BEAR RISK INCLUDING THE POSSIBLE LOSS OF INVESTED PRINCIPAL.

Wade Financial Advisory, Inc. is an investment adviser registered with the Securities and Exchange Commission. Registration of an Investment Advisor does not imply any level of skill or training. A copy of current Form ADV Part 2A is available upon request or at www.advisorinfo.sec.gov. Please contact Wade Financial Advisory, Inc. at (408) 369-7399 with any questions.

MEET OUR TEAM
EXPLORE OUR SERVICES Should You Consider Cashing in Your Stock Options? How to Donate Stock to Charity Five Tips to Start Building Generational Wealth for Your Family Contact us today to speak to one of our trusted advisors and learn how our team can partner, educate, and guide you on your path to financial confidence. Menu
DISCLOSURES
FORM ADV
FORM CRS
Wealth Advisors do not provide specific tax/legal advice and this information should not be considered as such. You should always consult your tax/legal advisor regarding your own specific tax/legal situation. Separate from the wealth management plan and our role as wealth advisors, we may recommend the purchase of specific investment or insurance products or account. These product recommendations are not part of the wealth management plan and you are under no obligation to follow them. Life insurance products contain fees, such as mortality and expense charges (which may increase over time), and may contain restrictions, such as surrender periods. 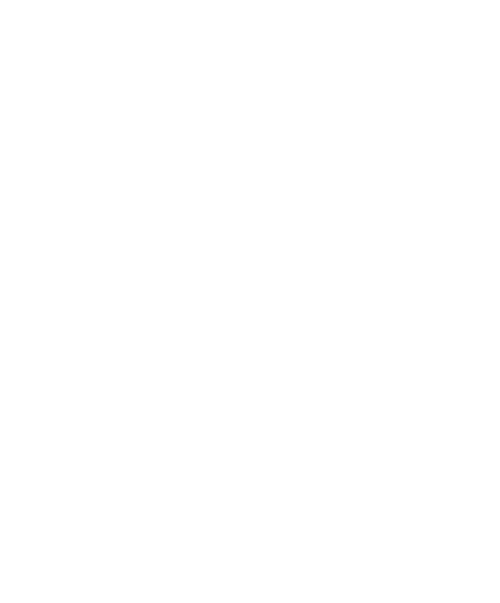